Uzbekistan- A Tale of Islamic Devotion and Blue Cities What is the first thing that comes to mind when you think about Uzbekistan? Most who visit this beautiful country will tell you that it is undiscovered and beautiful. Moreover, that the people are hospitable, and the food is undeniably delicious.

This is all true, however, it goes further than that. This country most notably boasts a great history that ironically is unspoken in most history books. A story that we will briefly delve into, but better experienced while traversing the country itself.

One of the most interesting things to get to know a nation is its name. In this case, the CIA World Fact Book explains Uzbekistan to be the Turkic word /uz/ (self) and /bek/ (master) and the Persian prefix /-stan/ (country) to declare its country as its own master and to mean that it is the “Land of the Free”. This would come to make more sense the more you get to know about its history.

Uzbek At Its Prime 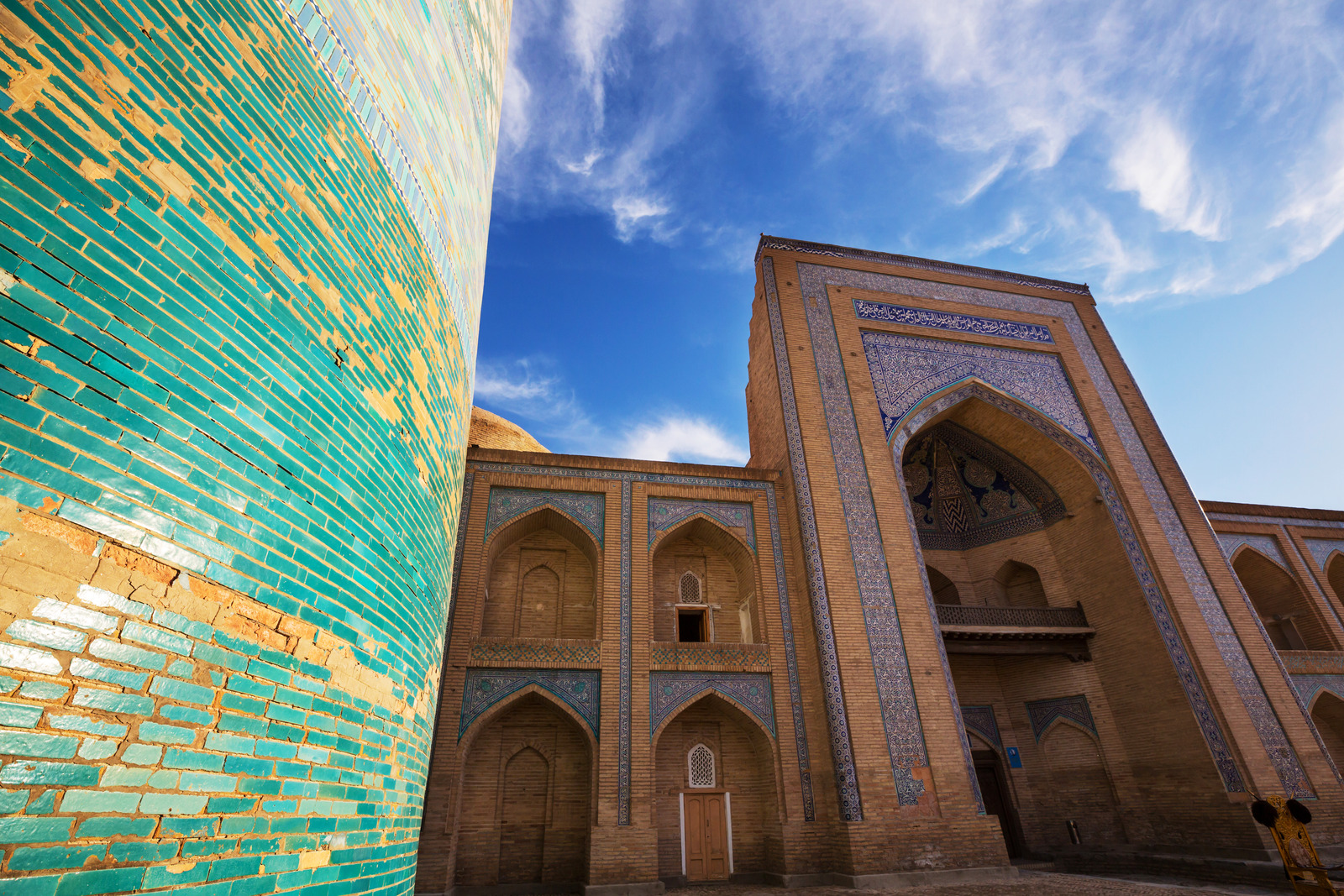 If you’re a history junkie with an interest in globalization. Uzbekistan is the perfect place to visit and get to know. It’s probably not the first time that you have heard of the Silk Road and the great city of Samarkand either.

When you think of ancient cities or great civilizations, you would most likely think of Rome or Babylon. However, at 2,700 years old, Samarkand is one as old as the two. Arguably comparable in its prosperity at its prime.

The city was most-coveted as it paved the way for trading between Central and West Asia. This attracted many powerful conquerors in history like Alexander the Great and Genghis Khan.

Amir Temur – The Hero of Uzbekistan 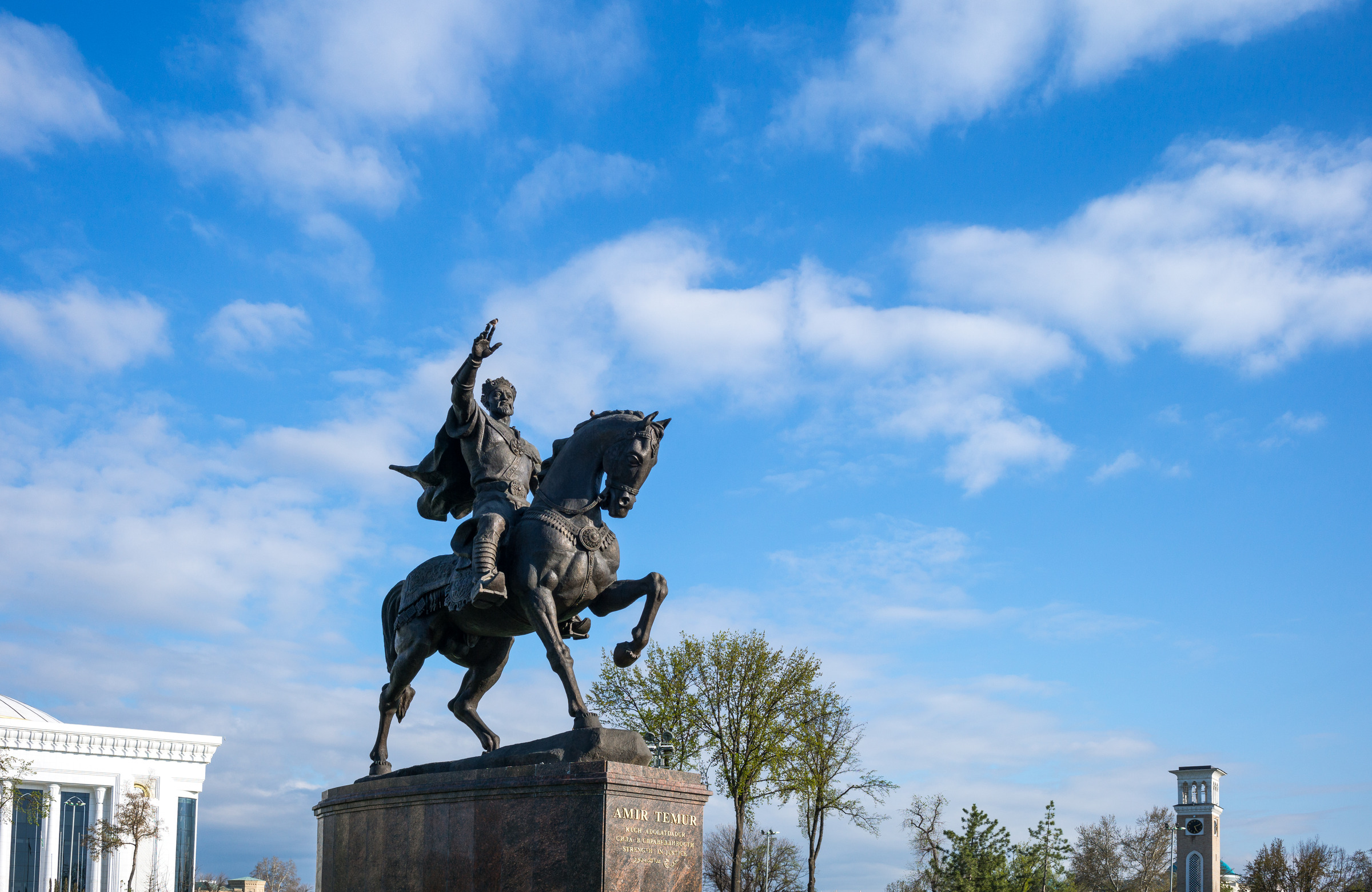 When you look at history from an outsider’s perspective. It’s often hard to determine whether one is a hero or a relentless tyrant. To many countries, he was known as a tyrant who killed 17 million people. Amir Temur did this for the sake of his great nation.

However, to Uzbeks, Amir Temur is an unsung hero in history. He led the Timurid Empire to achieve great feats in science and architecture. Many of his descendants continued to pursue scientific achievements during Europe’s Dark Ages studying astrology in an ancient observatory.

Modern Uzbekistan has chosen Amir Temur to represent the country. Recently replacing Karl Marx’s monument in front of the Palace of International Forums in Tashkent.

One of the most interesting stories about Amir Temur is unexpectedly his burying ground. Where you will find an inscription that roughly translates to “Whoever disturbs my tomb will suffer the wrath of an invader even more terrible than I”.

What makes this interesting is that it is a proven curse. After a group of Russian archeologists opened his sarcophagus and moved his body. The very next day, Adolf Hitler has declared war on the Soviet Union. This war ended up killing more men than Amir Temur did in his lifetime.

Uzbekistan’s earliest memory of faith always stems back to Islamic Foundations. The country has close ties to Prophet Muhammad’s cousin Qutham ibn Abbas. This is because he spent his life preaching Islamic beliefs in the same land he was eventually buried in– Shah-i-Zinda. 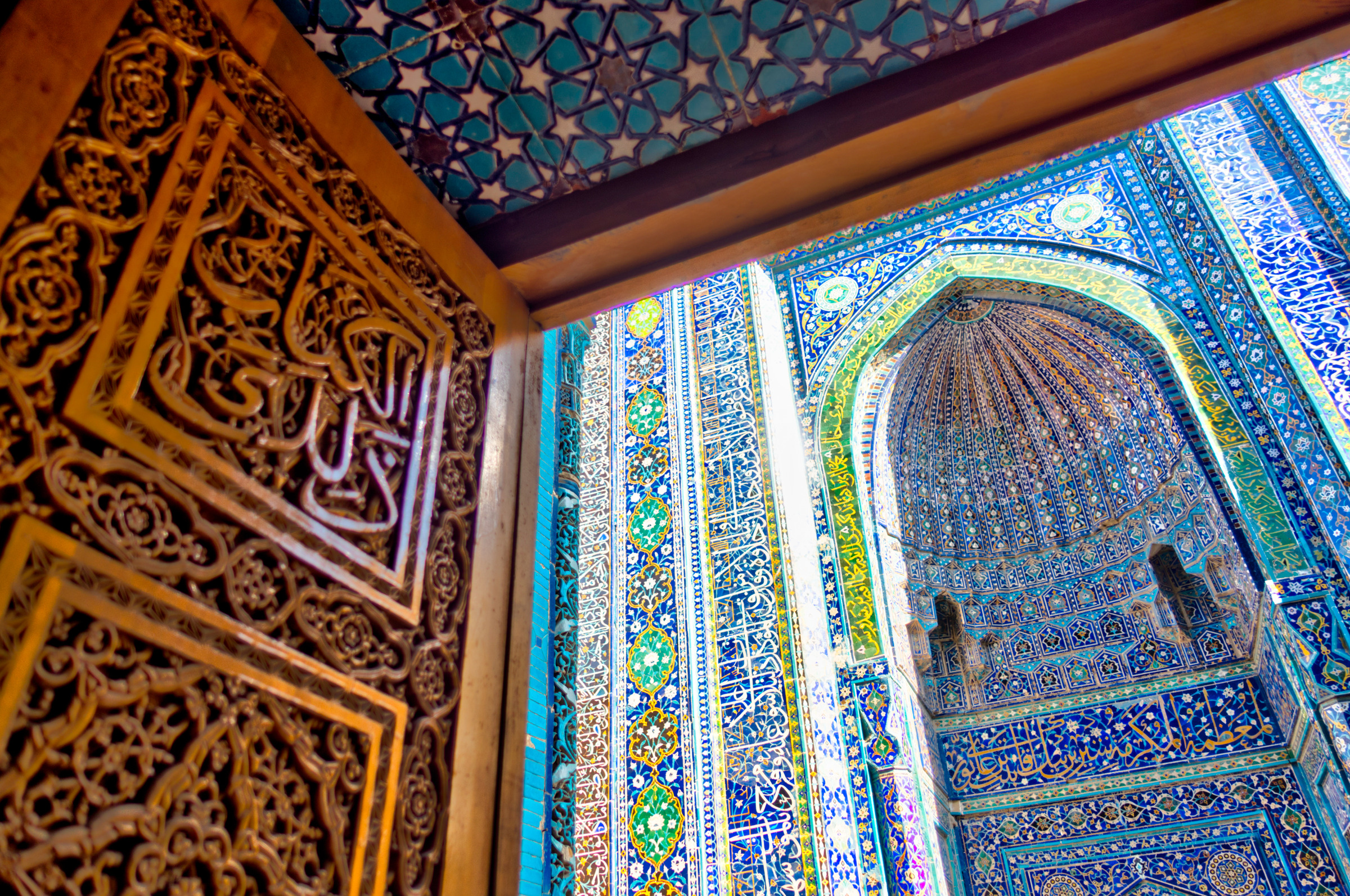 Shah-i-Zinda translates to “The Living King”, linked to a mysterious legend surrounding Qutham ibn Abbas and his life in Uzbekistan.

Fall of Timurid and Rise of Soviet Union

Uzbekistan was once Uzbek Soviet Socialist Republic. The country is part of the Soviet Union for around 70 years until 1991. 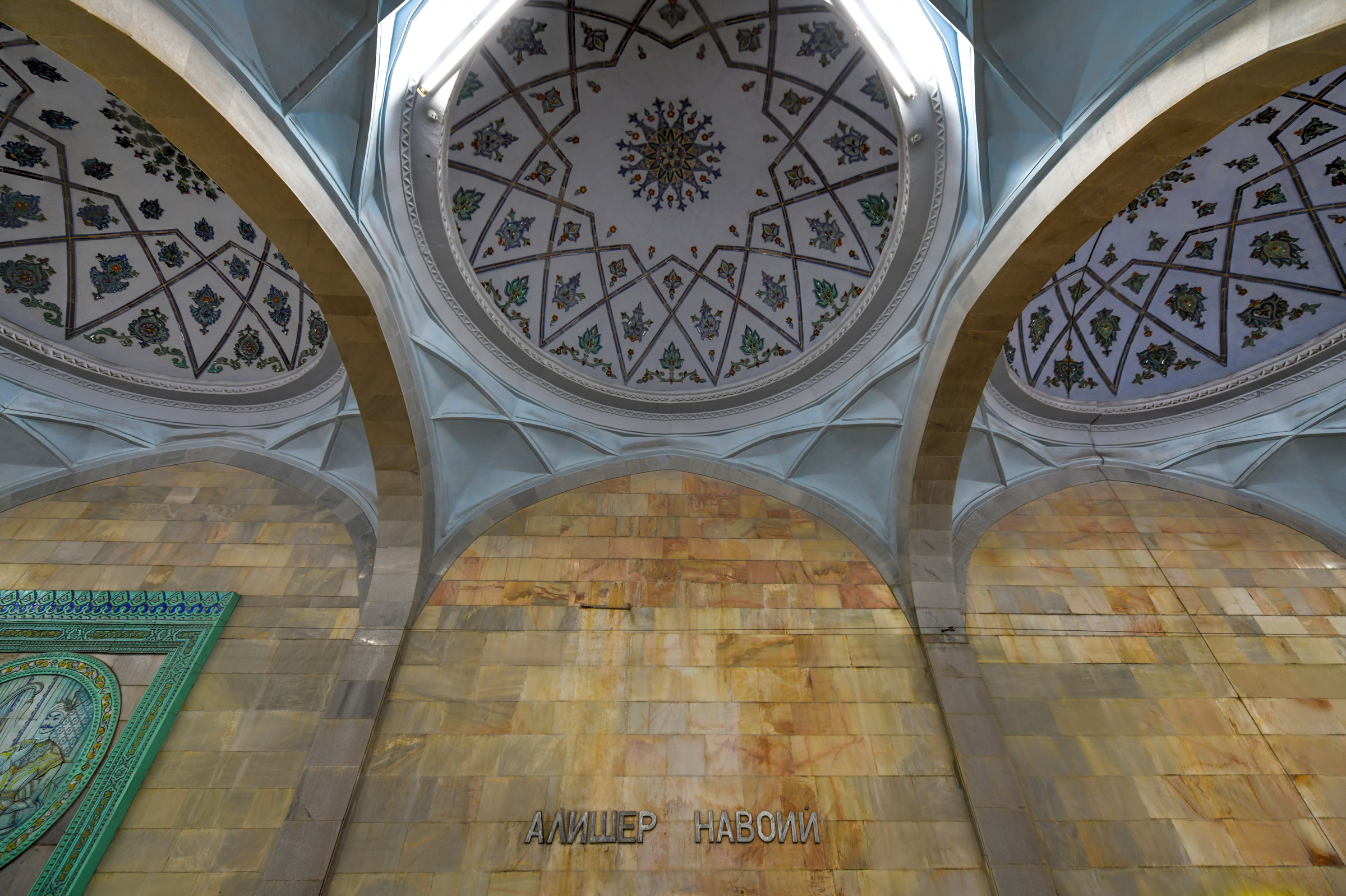 Cosmonauts Metro Station remains remarkable among the two. It was originally built to withstand nuclear blasts with its military-grade build. This is why taking photographs of the Kosmonavtlar Station wasn’t permitted until very recently.

It is undeniable that Uzbekistan took many of its cultural identity through many empires passed. From Macedonia, Mongol, Timurid, Uzbek, Afghan and Russian empires passed. 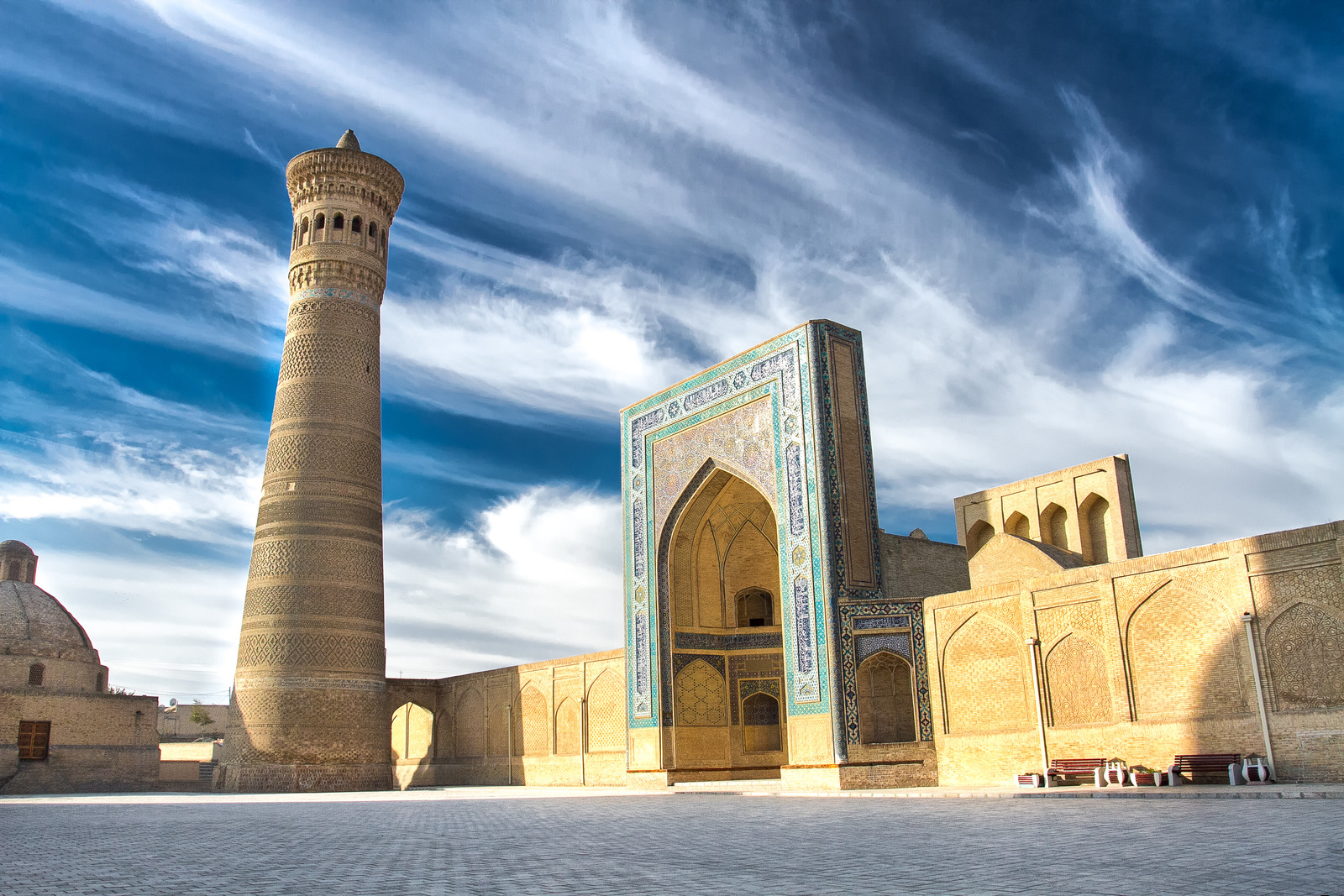 However, one thing that stays unwavering to Uzbeks is their Islamic belief. This is because the country has been predominantly Muslim for well over 2,800 years.

Although Uzbeks have grown accustomed to complimenting their meals with a glass of vodka. They started fighting for their independence as their conquerors started threatening their faith. Emerging victorious and finally independent in 1991.

What Blue Means for Uzbekistan

Have you ever wondered why Uzbekistan’s mosques, mausoleums, and madrassas are adorned by ornate vivid blue colors? Simple. 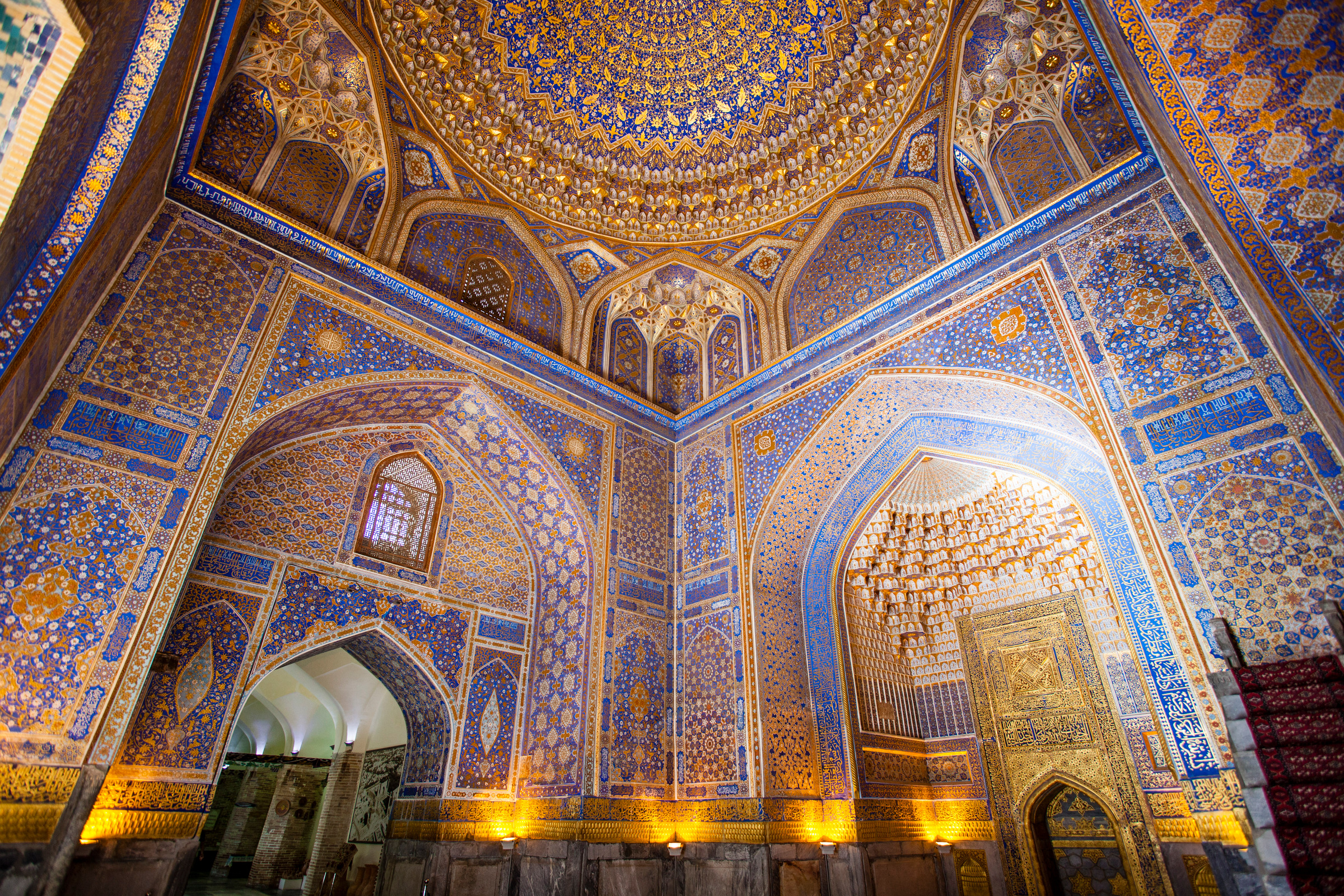 Blue is a color that’s not easily found or extracted in nature. There is a known scarcity of blue as a pigment, especially in ancient times. Hence, it was understandably expensive.

Uzbekistan’s architecture is evidence of the city’s wealth. They were capable of indulging in the best of the best. Comparable to how today’s megacities would splurge in state-of-the-art amenities to claim an edge above others.

Perhaps Uzbekistan has never lost its wealth. Most people may not know that the country is home to the 4th largest gold deposit in the world. (The Muruntau gold deposit in Qizilqum Desert.) 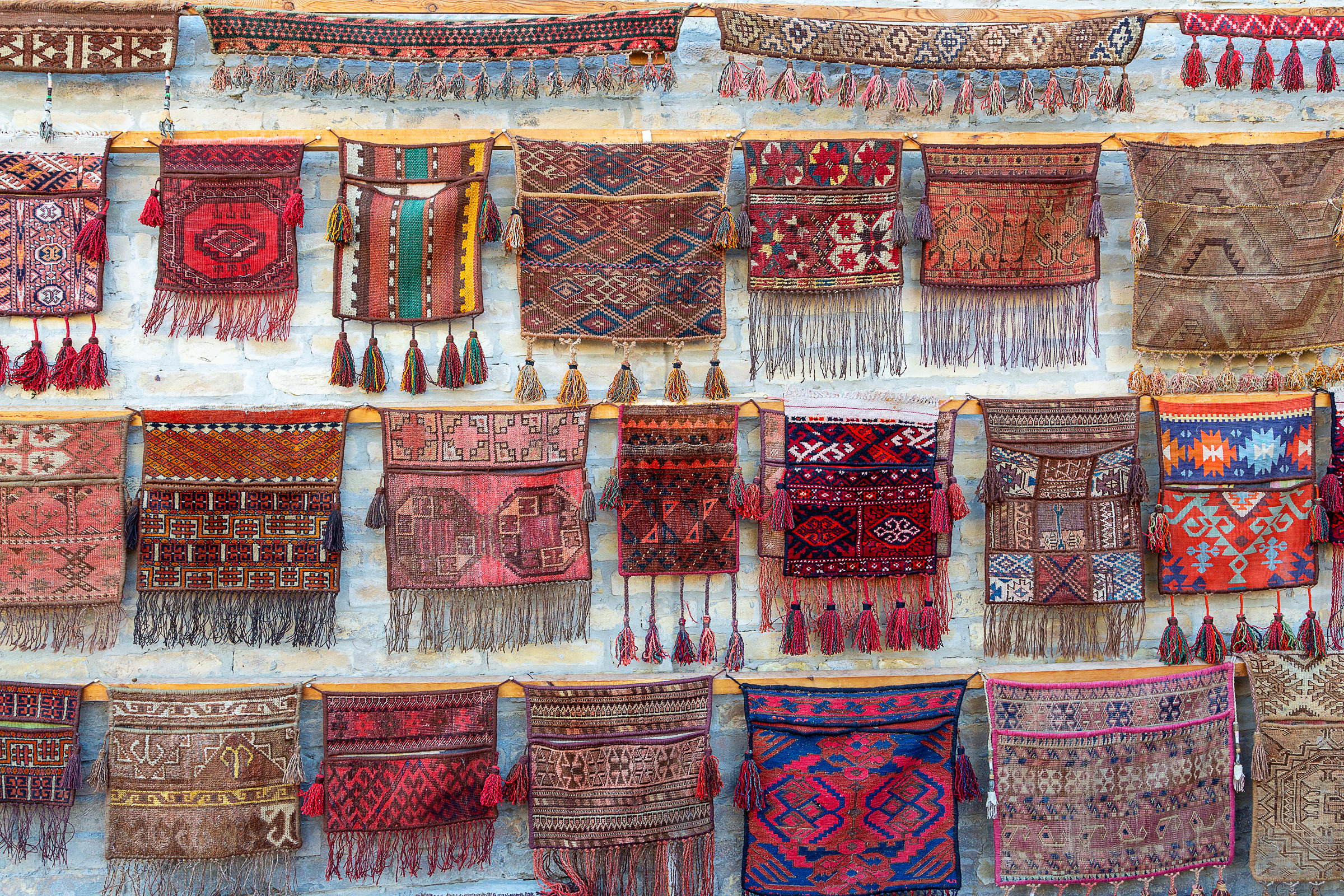 Moreover, Uzbekistan produces unique, intricate, and luxurious silk rugs. These handmade rugs and carpets are of direct Persian culture inheritance. It has a niche market with patrons willingly investing $1,500 to $3,000 apiece.

If silk rugs aren’t for you, worry not. Uzbekistan has many other things you may find in Chorsu Bazaar. This marketplace 1,200 years old and has an iconic geodesic dome. You are free to find much local produce in this marketplace. 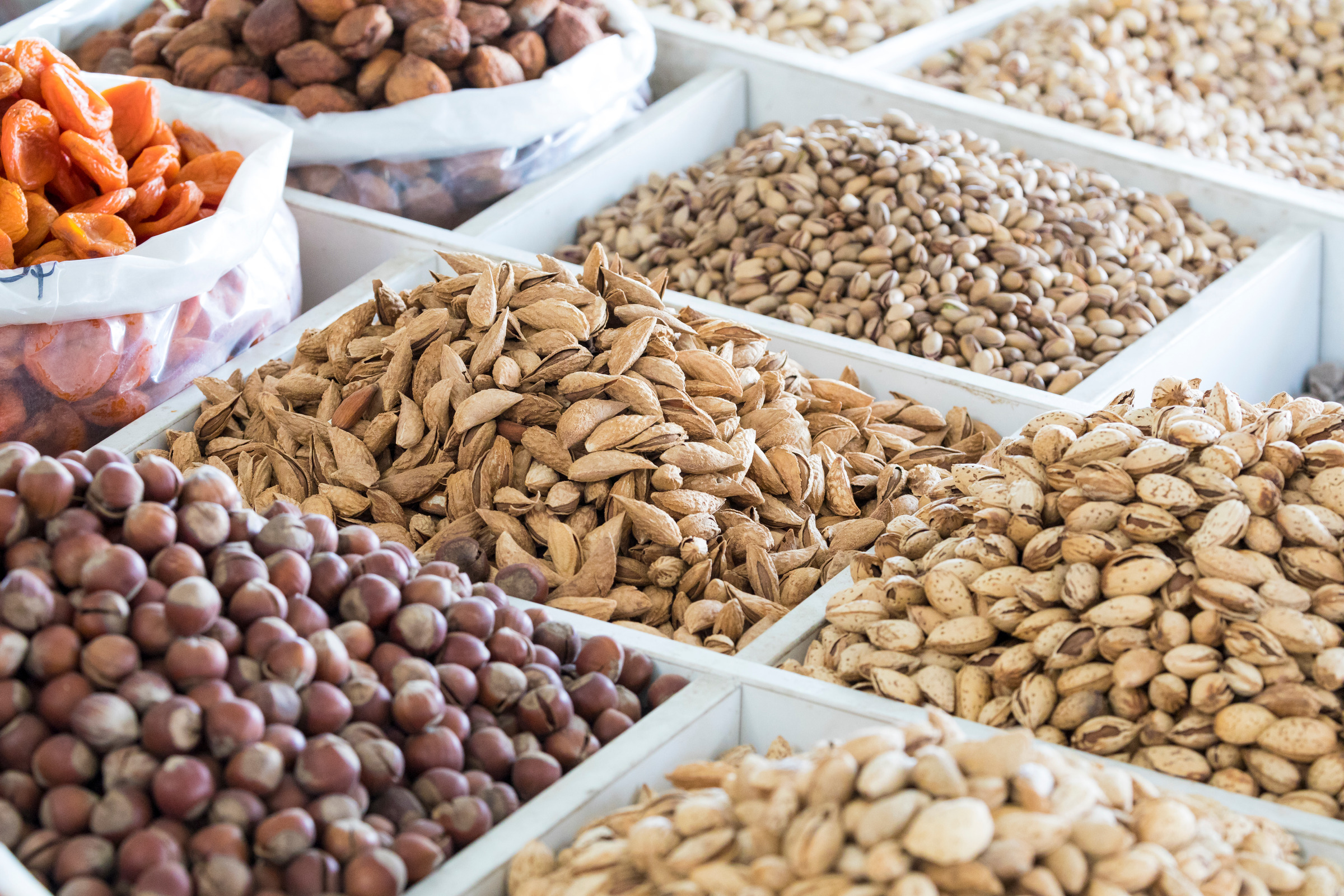 Find an overwhelming selection of fruits, nuts, and local dairy products unique to Uzbekistan to take home with you.

In case you’re looking for a more long-lasting souvenir. You can be on the lookout for many Folk handicrafts that you can take home instead. Uzbekistan has a very distinct touch found in all forms of souvenirs.

There is surely something to take home for all ages– from Uzbek Dolls to Ceramic Arts and Woven Fabrics. 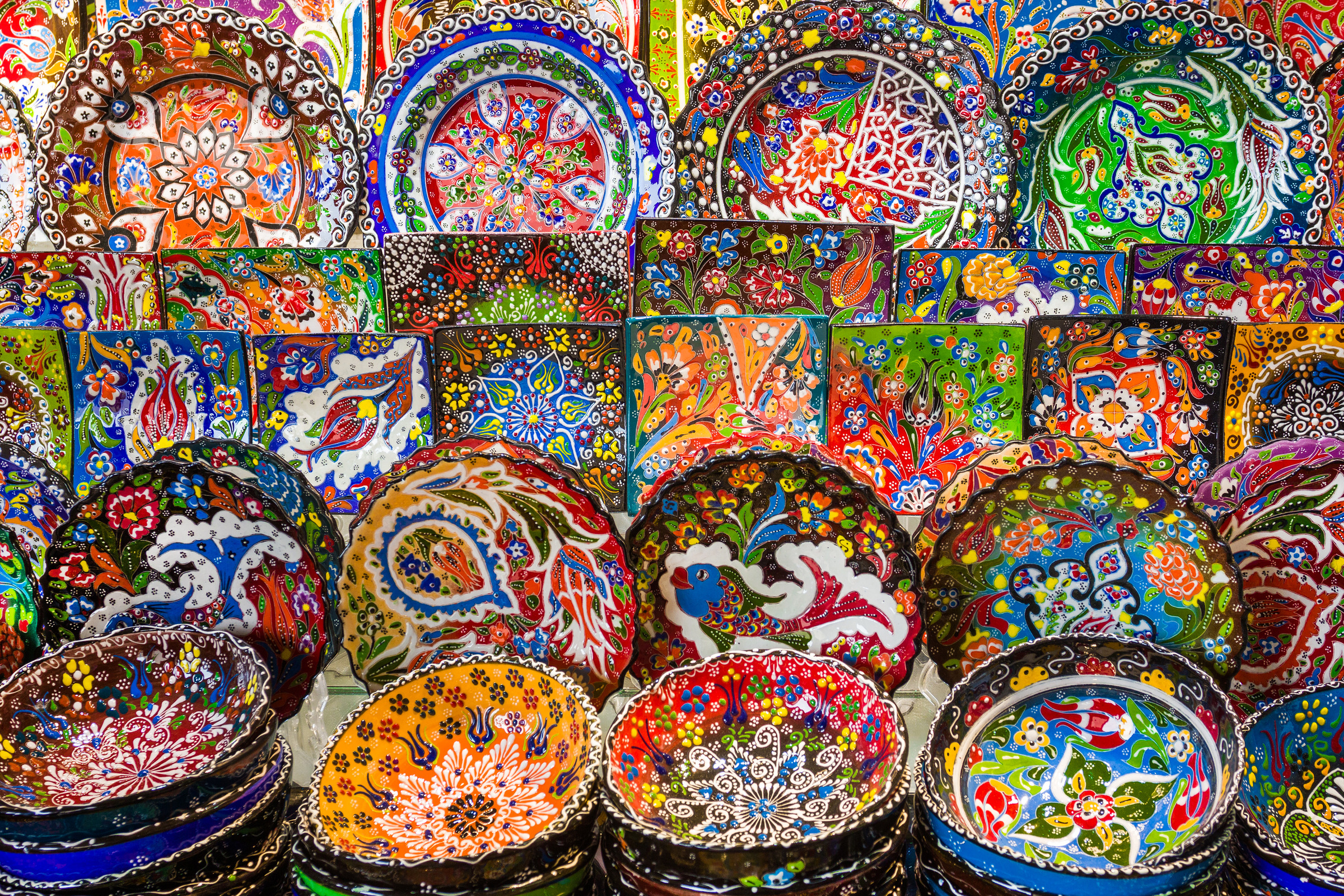 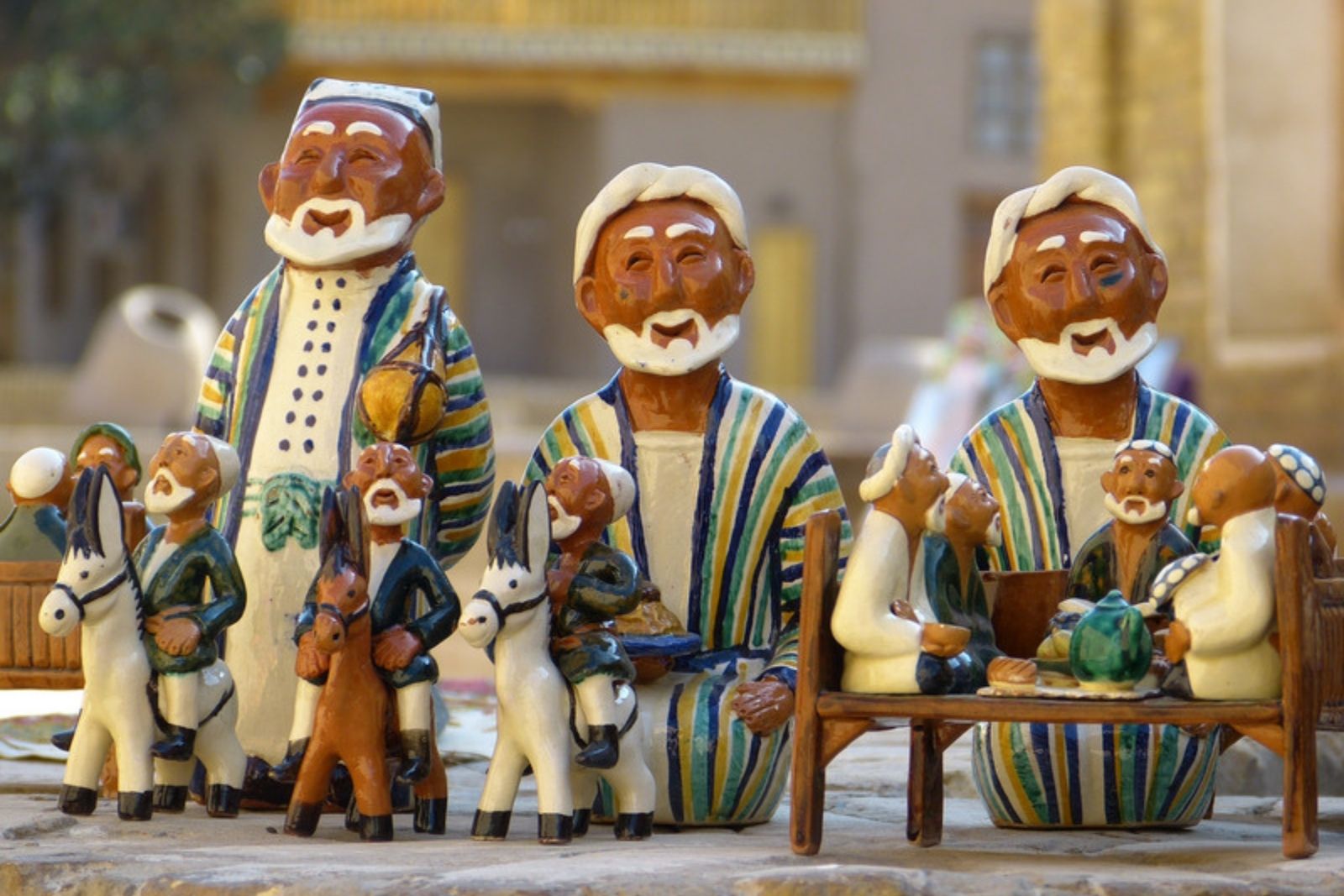 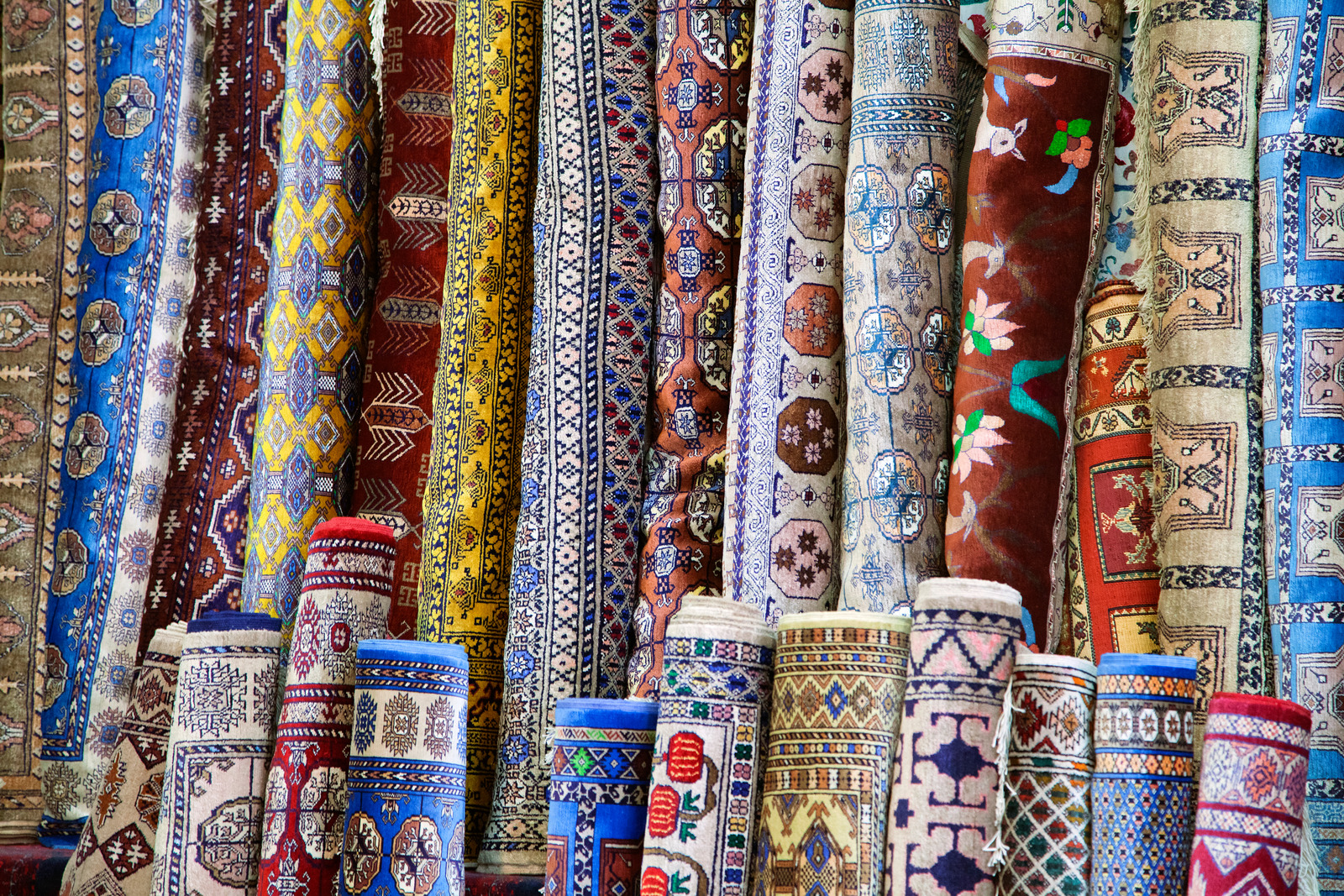 Your Uzbekistan adventure is just not complete without completing a crash course of must-try local food options. The biggest priority item on your list being Uzbek Plov (or Pilaf). 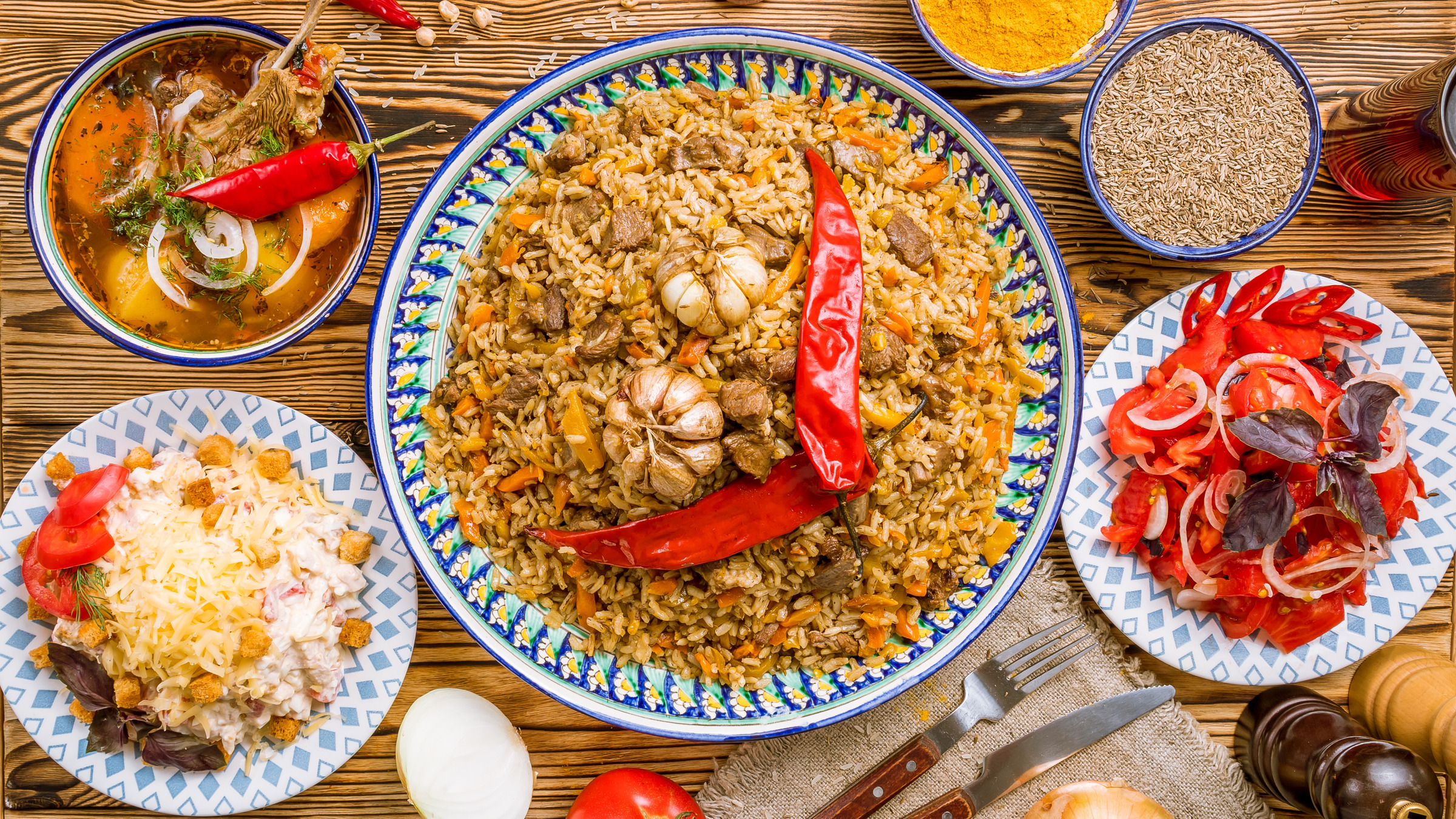 This truly Uzbekistan dish is most tried by tourists and enjoyed by locals alike. A delightful plate of lamb, beef, onions, yellow carrots, a hefty amount of garlic, and spicy chilies complimented by cumin.

You should also try Uzbekistan’s naan bread. The best place to buy this is from Chorsu Bazaar. Because that is where you will get it straight out of the brick ovens. 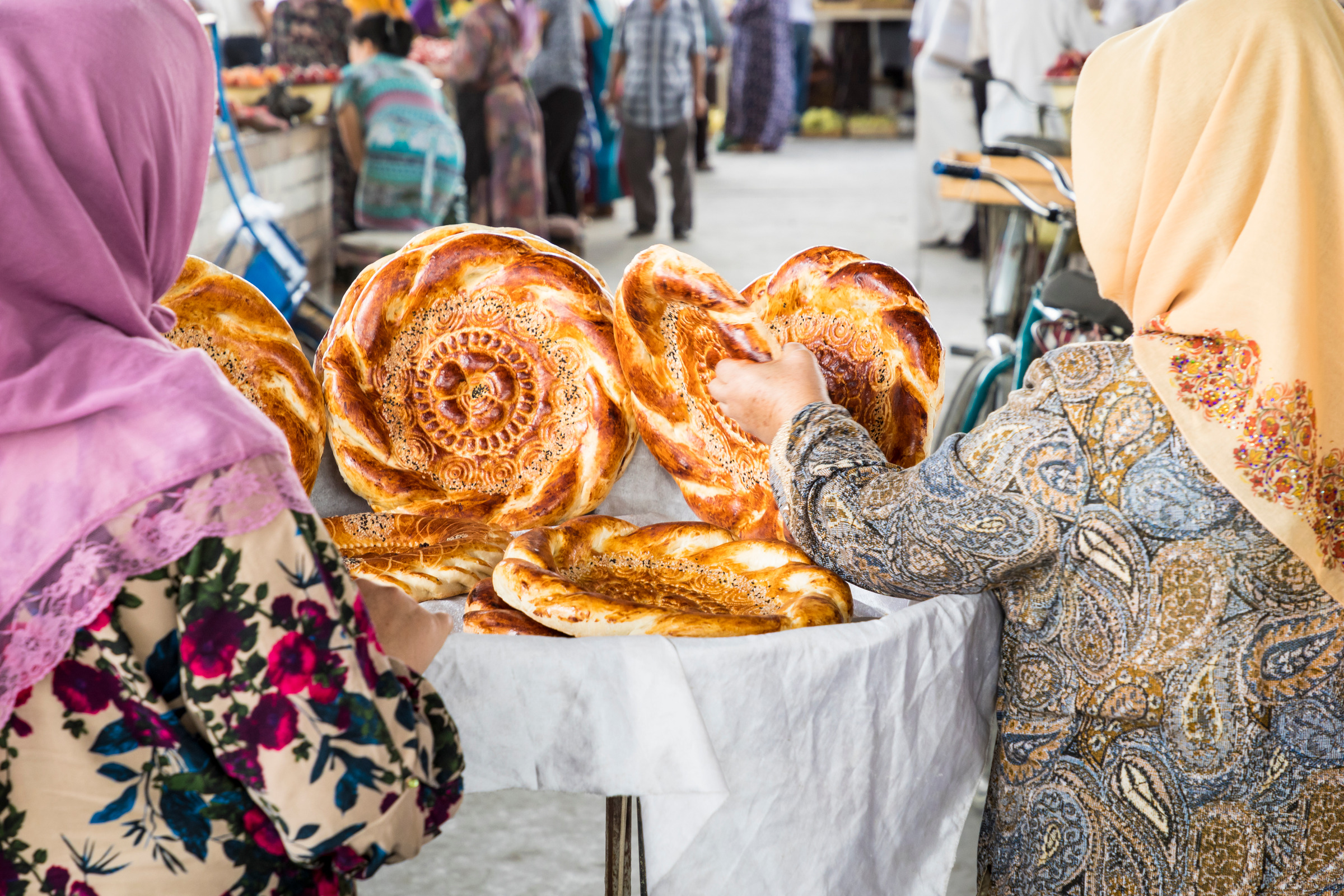 You will be able to have a fulfilling time in Uzbekistan for a fair price. Successfully covering all the stops with a daily budget of $80 to $150.

Get your best of Uzbekistan essentials in one Tour Package by visiting our Special Eid Package.

Read more about awesome destinations you can Explore in Asia.